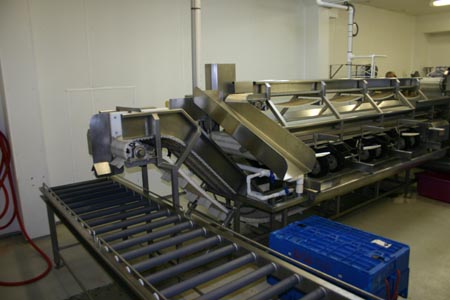 Contact us to help you source a good, steady supply of succulent Wholesale Atlantic Lobster all year-round.

Lobster from the cold waters of Atlantic Canada

Consumers continually face a dilemma of including food in their diets that is both nutritious and good tasting. The meat from a hard-shell lobster is low in fat and carbohydrates while high in protein. In fact, it has less saturated fat, calories and cholesterol than many of our lean favorites such as pork, extra lean beef, and white chicken meat. At less than 100 calories per serving (89% of calories from protein), Canadian Atlantic Lobster is a great meal choice for any diet.

We use Fed Ex, Purolator and Air Canada Cargo so your order arrives on time and the quality of your fresh seafood is assured. Please give us at least 4 business days lead time to prepare your order and ship it to your door. We only ship from Monday to Thursday for next day delivery. Weekend delivery are only with West Jet or Air Canada.

Our sales representatives are friendly and ready to give you price quotes on any amount of lobster needed for your company and destination. Every price quote is specific to our clients needs to save them the most money as possible for a long lasting loyal customer relationship.

Prized for its hard-shelled and full meat qualities, Atlantic Canada lobster is in demand by food service professionals seeking flavor, consistency and value. Harvested from the pristine waters of the North Atlantic, premium Hard-shell Canadian lobster yields up to 50% more meat than soft shell lobsters.

Lobster fishing seasons are highly regulated and structured to promote sustainability, while obtaining the hardest shelled, full-meat lobster. Lobster seasons vary in Atlantic Canada, but there is always at least one district open.

After harvesting, lobsters are carefully maintained in tidal pounds and inland seawater holding tanks that mimic the natural environment. Careful monitoring ensures water purity and optimal temperature as the lobsters are conditioned for travel. This minimizes stress, resulting in a quality product at its prime.

Such a valued natural resource must be protected. Atlantic Canada’s inshore lobster industry sources product from a strictly limited number of independent fishers who tend their own traps and adhere to sustainable harvesting practices.